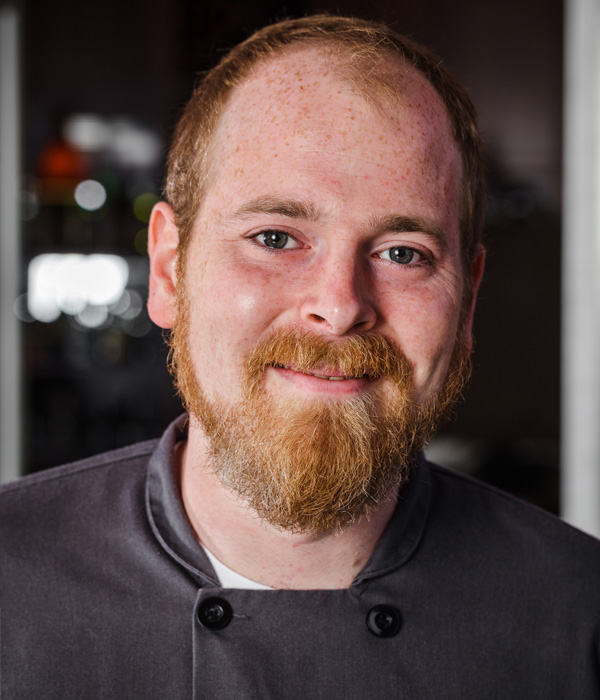 Son of a poet and a musician who are both professors at the University of Virginia, it’s not at all surprising that Chef Adam would have his own creative juices coursing through him. Adam was raised in Charlottesville from an early age, and although several paths led him away from the foothills of central Virginia, they eventually brought him back home.

Adam was introduced to cooking at a young age, hanging out in his uncle’s acclaimed New Orleans restaurant, Armand’s. Unaware at the time that he would be charting the course of his nephew’s professional life, Chef Armand Jonte entrusted a 14 year old Adam with the fry station during a busy dinner service, deep frying one of the menu’s most popular items, softshell crabs. He was immediately hooked.

After graduating high school, Adam moved to New York City for Premed studies at NYU, however, in the city that never sleeps, Adam’s culinary soul was restless. It wasn’t long before the lure of restaurant life reeled him from academia to a life on the line. Adam spent the next few years working at a number of restaurants in the West Village before securing a Sous Chef position at a farm to table restaurant in North Hampton, Massachusetts.

Upon his return to Charlottesville in 2012, Adam began working at Orzo. Under the leadership of 2 other chefs, Adam quietly honed his craft until his opportunity to lead the kitchen presented itself in 2014. Today, Chef Adam works alongside Chef Pete to execute Orzo’s legacy dishes and to guide the menu’s seasonal evolutions.

“Food for me is about relationships, bringing loved ones together and nourishing them. It’s also about promoting relationships with our farmers, working with them in the fields and knowing how to respectfully prepare the ingredients that they provide. And in the context of the restaurant, it is especially important to promote positive relationships among the entire staff. Professional cooking is a team sport. It’s a beautiful thing to serve up soulful food in the midst of synchronized chaos.”