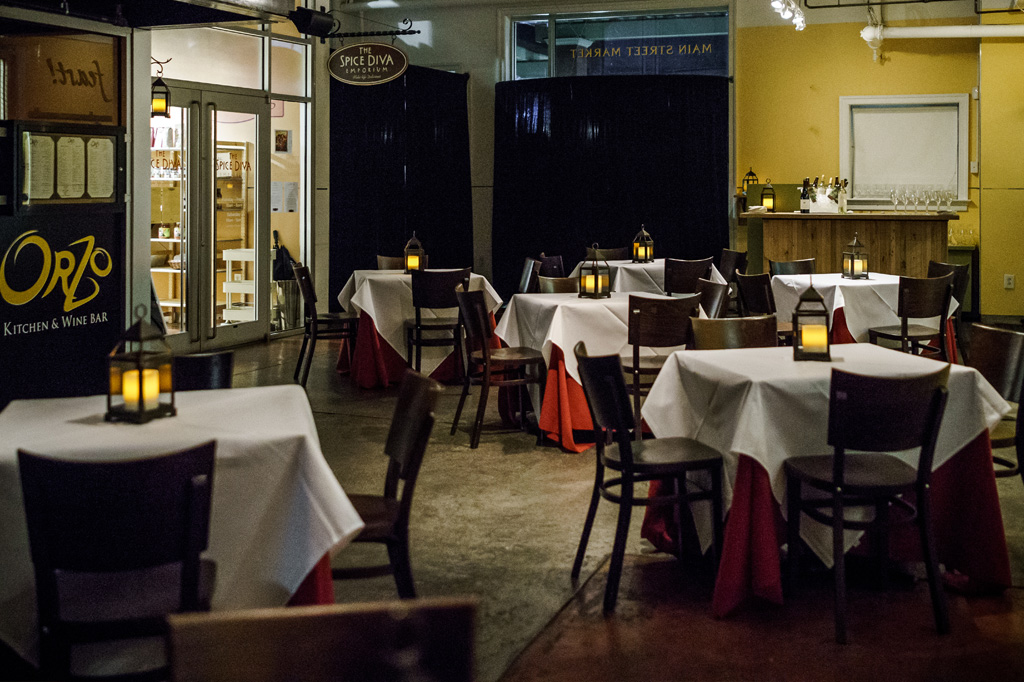 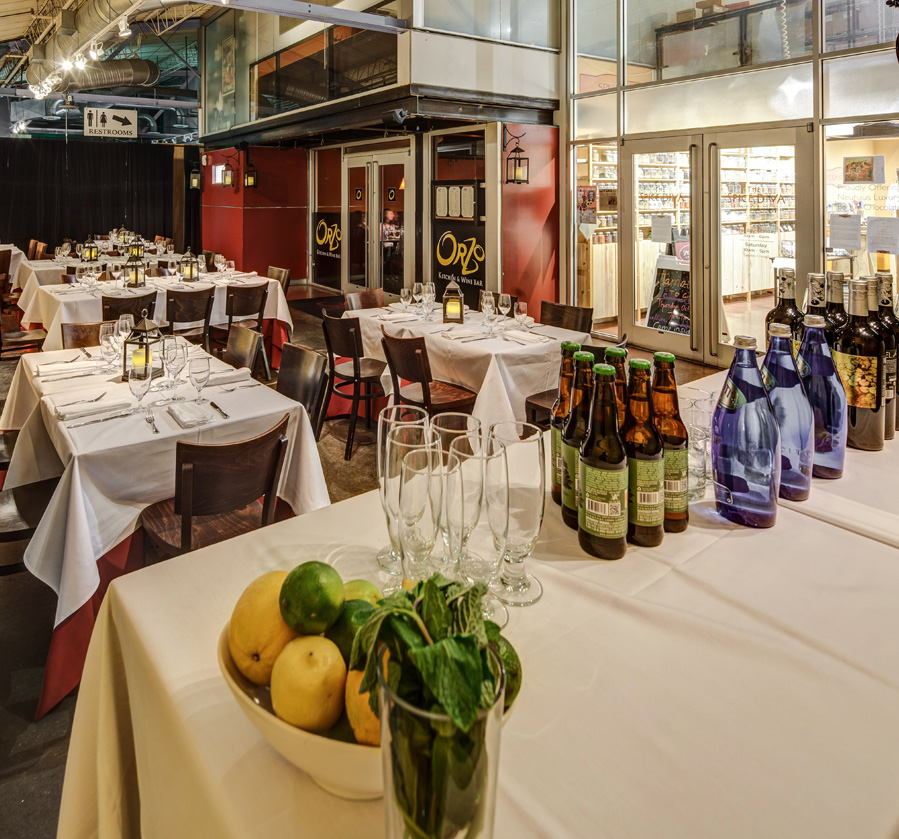 Orzo is one of seven independently owned businesses housed in Main Street Market, the foodie mecca for Charlottesville locals. At the center of the Market, is Orzo’s largest event space, The Galleria.  While shared during the day as a cafe, the Galleria becomes something altogether different at night, once the other shops close. With simple decorative additions and ambient lighting and music, we transform the Galleria from casual and pedestrian to elegant and sophisticated.

With the feel of a European marketplace as a backdrop, The Galleria can host buffet dinners for 40, seated dinners for 60, and standing receptions for 100+.  With maximum flexibility in table and space arrangements, the Galleria is optimal for larger rehearsal dinners, recruiting receptions for the University’s professional schools, and for departmental dinners following UVA conferences and colloquiums.

Plus, with its own satellite bar, The Galleria is perfect as an After Party location when booked in conjunction with the Red Room.

Although most any table arrangement is possible in the Galleria, we typically set the room for seated dinners with rectangular tables of six.  For larger parties that approach maximum capacity, some of these tables will need to increase in size to tables of eight.

The Loft
The Red Room
The Galleria